Giuseppe is a Property Manager, Travel writer & Media Planner who has born and raised in Sorrento, Italy.
Explore Sorrento and Naples in four days with our amazing itinerary: must-see sights, architecture, landscapes, delicious restaurants. Spend your time in Sorrento discovering the Amalfi Coast, Capri and Naples the right way!

Giuseppe is a Property Manager, Travel writer & Media Planner who has born and raised in Sorrento, Italy.
Explore Sorrento and Naples in four days with our amazing itinerary: must-see sights, architecture, landscapes, delicious restaurants. Spend your time in Sorrento discovering the Amalfi Coast, Capri and Naples the right way!

Ladies and Gentlemen, we are on our fourth and find day of this spectacular and enchanting holiday in the Amalfi Coast. With your eyes fixated on the blue of the sea and admiring the Sorrento Peninsula appearing further and further away from your reach, we make our way towards our last fascinating adventure: the City of Naples. This Italian city is very rich in art, history and culture, the place where happiness was invented, Pizza! 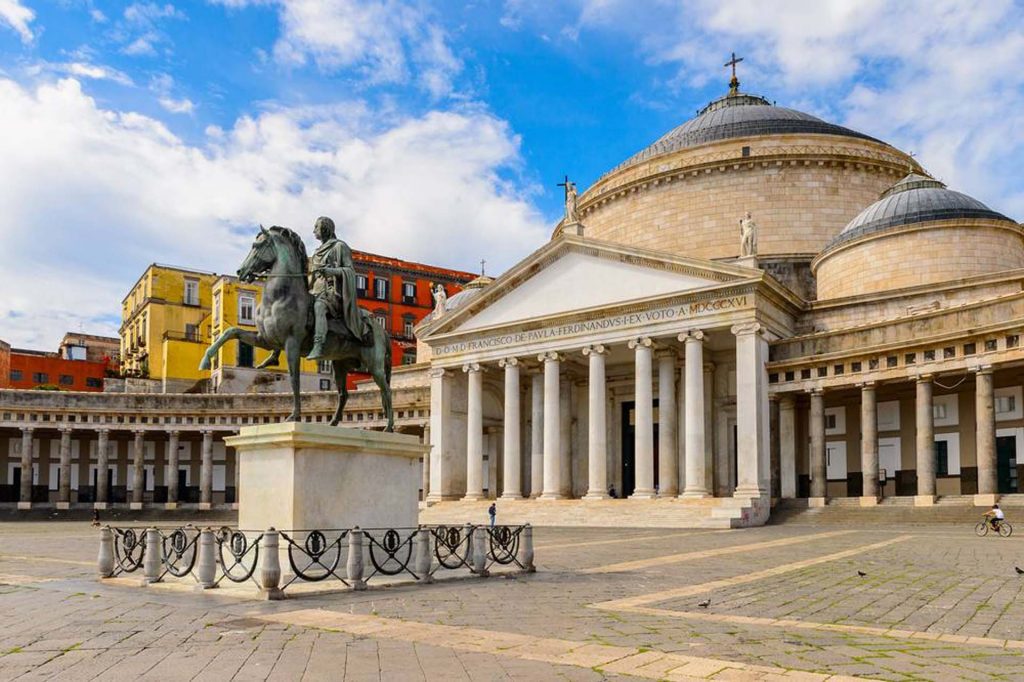 Looking to visit and discover the beautiful coastal town of Sorrento on your trip around the Amalfi Coast but limited for time? Not to worry, we have curated the perfect one day itinerary for you to truly see Sorrento in all its glory. From the breathtaking panorama, the bright green and yellow lemon groves, the coast that embraces the Gulf of Naples, the Old Town to the amazing food and wine.

ONE DAY IN SORRENTO

If you’re here for a short weekend break in Sorrento or even for a few days during the week, two days may seem very little to enjoy the wonders of the Sorrento Peninsula and the Amalfi Coast, but with the right organisation and a boost of energy you can experience the best of this land and visit some of the most fascinating sites with this itinerary we have developed for you in rich detail.

For guests travelling to Italy for two weeks, the average time they tend to stay in Sorrento is three nights. We would recommend you planning out your days perfectly so you can really make the most of your time to not only visit Sorrento, but also the Island of Capri, the Pompeii Ruins and the Amalfi Coast. With our detailed three day itinerary we can ensure you will see the very best of these beautiful coastal towns and historic attractions.

After our relaxing journey by car of about an hour, we arrive in the City of Naples and as always the first thing you can notice to your left is the beautiful cobalt blue colour of the sea. In the background, dominating all over the Gulf of Naples, we have our imposing Maschio Angioino, a medieval castle built for Charles I of Anjou, hence the origin of the name, one of the symbols and the major attractions of Naples.

We start our day in Via Marina, the road that leads us to Molo Beverello, the Port of Naples, from which the hydrofoils depart to neighbouring cities and then also towards the centre of the city. In the city of Naples, you can find in almost every alley a small sign of history, from which you can learn the various fears, beliefs and superstitions of Neapolitans. One of the main streets of the historic centre of Naples is the famous “Spaccanapoli”, which practically divides the city in two.

Here is a great area to stop and have breakfast as one true Neapolitan would do: a strong espresso and a nice fresh pastry with cream to give you that initial sprint to get to the next bar, and take the second coffee of the day. In the two kilometres of Spaccanapoli, called Via San Biagio dei Librai, there are many of the best attractions that the city can offer.

One of the most beautiful and romantic locations that the city offers is certainly the Majolica cloister of St. Clare, which presents itself in all its baroque beauty and opulence, with its 72 pillars, interspersed with benches, completely covered by majolica made and hand-painted by Neapolitans tilers in 1742. Once you visit the wonderful complex of Santa Chiara, with its church and its four cloisters, continuing to venture into the alleys of Naples, where at every corner there is a street artist or another small monument or chapel, we head towards one of the best attractions in Naples: Cappella Museum of San Severo. It is one of the greatest artistic masterpieces of the world, inside there is a charming and a unique atmosphere, this is one of the times in life you will be faced with such beauty. Within it, precisely in the central part of the chapel, one of the best sculptural works ever made in the world is found: Veiled Christ. This work was carried out by Giuseppe Sanmartino in 1753, who knew how to transmit all the suffering of Christ through a veil, formed by the same block of marble. The work is framed by other sculptural works in full Baroque style. Taking in all of the art and a lot of walking and exploring only make us think of a single thing, time for the Neapolitan pizza. I recommend one of the best pizzerias Neapolitan, among other things also close to our next stop, Naples underground.

Close by to the chapel of San Severo, you will find the famous and tasty pizzeria of Antonio and Gino Sorbillo, a surname that only reminds me of mouthwatering pizza! You can go for the classic but delicious Margherita, we are sure you will never have tasted it this good anywhere else, to the most complete topped with a variety of seasonal products. 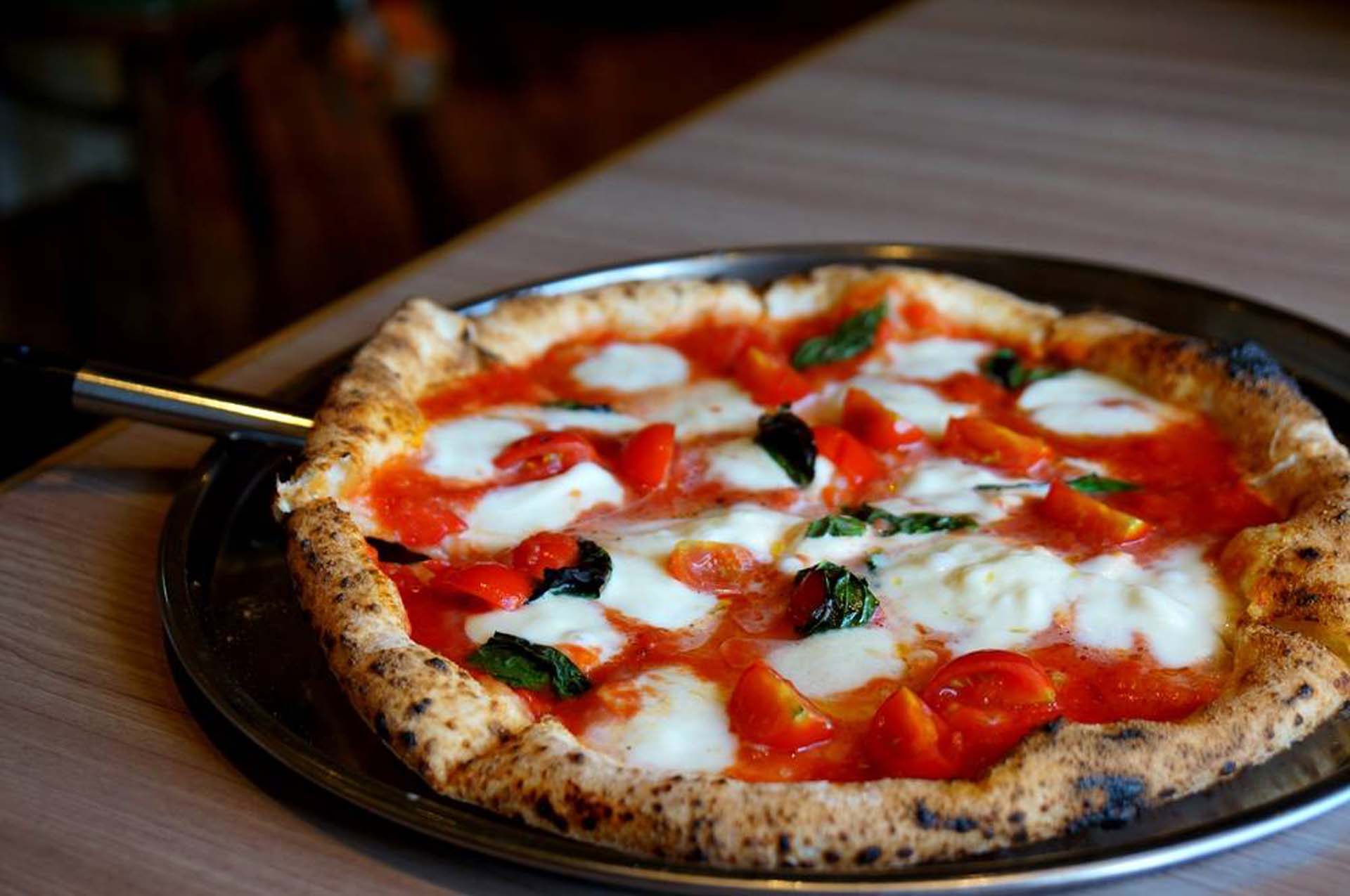 After our lunch break and a little rest, hoping not to be sold too much in one of the Seven deadly sins, but how can we blame you, our tour of the city continues with a stage as fascinating as perhaps disturbing. As we walk quietly through the streets of the city, just below our feet another city is hidden: the so-called underground Naples. Incredible work of civil engineering, it is a must place to visit in Naples, started in the III century B.C. by the ancient Greeks and enlarged later by the Romans to build the first Neapolitan aqueduct. It was abandoned only in the XVI century when the population grew at sight and there was need for something even greater, but resumed in use in the tragic years of World War II. In fact, this was a place of refuge for dozens and dozens of people, as in the year 1943 the city was devastated by tragic bombings. Inside the tunnels, wide enough for the passage of a man, there are still objects and graffiti on the walls that testify to the fear of those days.

After our long visit of Naples underground and having digested all of the pizza eaten a few hours before, we give ourselves another little break, crossing once again the alleys of the old town remaining each time amazed by something new. In the late afternoon, what better snack than a delicious Italian ice cream? A few minutes from the Naples underground entrance there is one of the best ice cream shops in the whole region, Casa Infante, with their wide choice of tastes, cones, creams and desserts we will delight our palate once again. For those who aren’t lovers of sweets, what better snacks if not a wonderful fried pizza known as ”portafogli”? One of the best delicacies that Neapolitan street food can offer. By now you will have realised that it is almost impossible to go to Naples and not put on a few pounds in a matter of days, or even hours!

5:30PM | Duomo of Naples and Museum of Treasury of San Gennaro

As you have noticed from our itinerary our day in Naples has practically flown by and we have only visited a small part of what this wonderful city has to offer! For those who love shopping we suggest a visit to Corso Umberto I, where there are all the best Italian brands, or in Via Toledo, and if you have the chance do not miss a little visit in the Metro Toledo, one of the most beautiful stations in Europe, you will be amazed. For those who still have energy and desire to discover more, always a few minutes from our last stop there is the Duomo of Naples and the Museum of the Treasury of San Gennaro, one of the richest and finest in the world.

The latter is one of the most requested saints and most loved by the Neapolitan people, the Duomo is obviously one of the most beautiful and important churches in the whole city and a few meters away is the museum of the Treasury of San Gennaro, which is open to the public only since 2003. You will find all the relics and precious vests of the saint, and among the objects of more value will undoubtedly find the “mitra”, the Bishop’s headdress: a work of inestimable value, there are embedded emeralds (representing knowledge), rubies (The blood of the Saint) and diamonds (the Faith). It is the symbol of the saint and is exhibited every year in the Duomo with the celebration of the saint and the Miracle of liquefaction.

We conclude our wonderful day in Naples in one of the largest and most fascinating opera house in the world, the Teatro San Carlo. With its variety of vast choices of shows, even if the theatre itself is a great work of art, in fact, and not by chance, the San Carlo was taken as an example model for the construction of all the other opera houses in Europe. As Stendhal said, in admiring so much beauty, your eyes will be charmed and your soul kidnapped. Therefore, enjoy a moment of relaxation in this regal atmosphere, surrounded by bourbon colours of red and gold, and get carried away by the beauty of representations of great theatrical works.